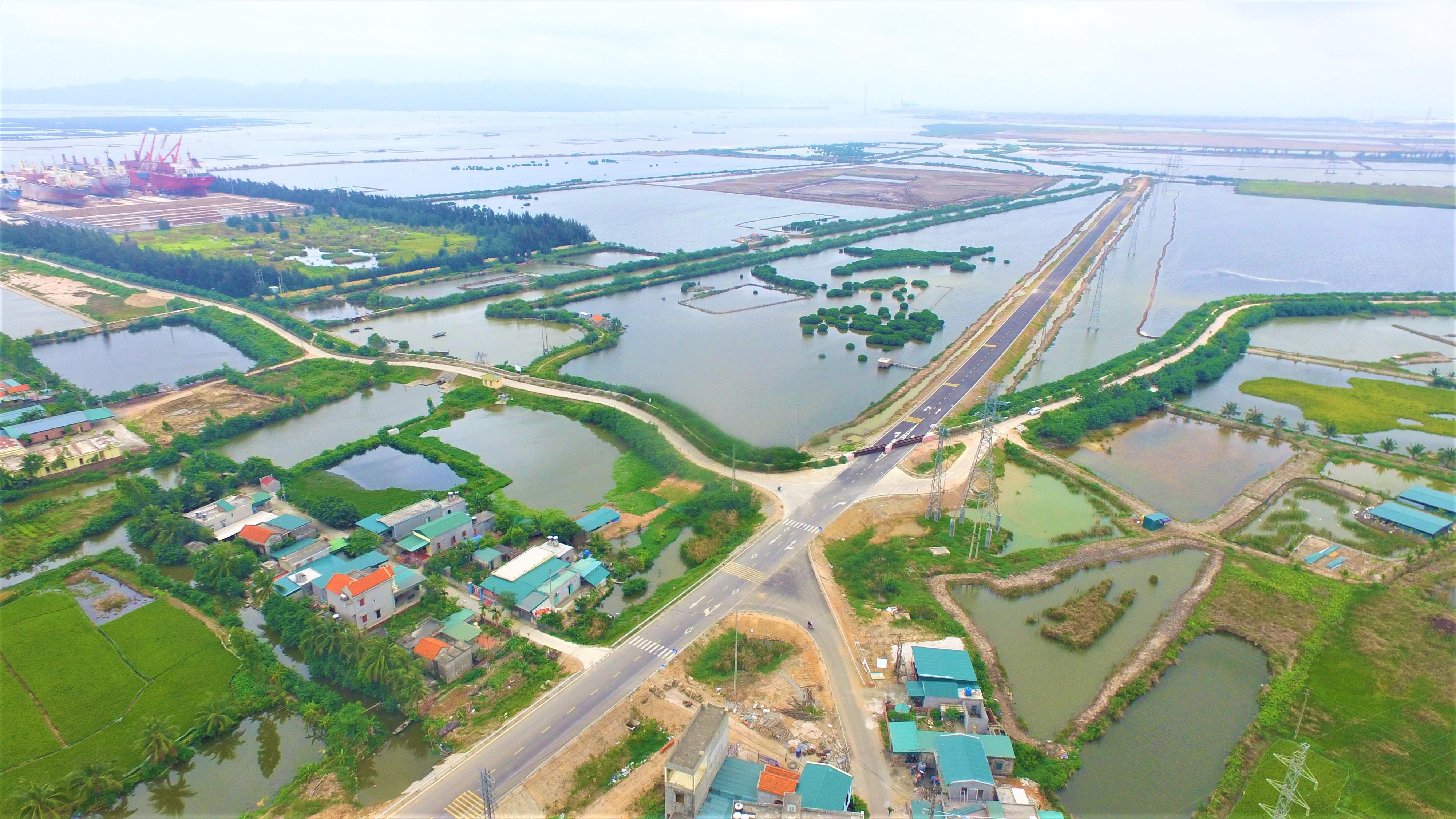 By virtue of improved inter-regional transport infrastructure and the establishment of Quang Yen coastal economic zone with lucrative investment incentives, foreign financiers are increasingly considering the north-eastern province of Quang Ninh as an ideal destination.

To step-by-step meet the requirements of a coastal EZ and diversify investment resources, Quang Ninh has spent more than VND 1 trillion ($43.47 million) on transport infrastructure connecting IPs with each other and between the IPs and the Halong-Haiphong expressway.Quang Ninh is also investing in a riverside route linking Quang Yen town with Dong Trieu town.

In DEEP C’s investment plan, a 150,000-square-metre ready-built factory space at DEEP C Quang Ninh is scheduled to be built and put into operation next year. DEEP C leaders are expected to sign its first leasing contract in Quang Ninh by the end of the year, with the project to be implemented early in 2021.

“Adjacent to an expressways heading to the border with China, near international airports and Lach Huyen International Gateway port, DEEP C Quang Ninh, like DEEP C Haiphong, is well-positioned for us to build a seamless IP ecosystem connected to a seaport,” said Soenens. Besides, Quang Ninh has on offer all the factors that are of prime concern to any investor in making funding decisions: political stability, policy, tax incentives, and a favorable geographic location.

Accordingly, as the prime minister has approved to add Quang Yen to Vietnam’s coastal EZ development planning, the zone will offer investors tax incentives on the same level as the Dinh Vu-Cat Hai coastal EZ in Haiphong. Along with DEEP C, Quang Yen town is luring the attention of diverse investors such as Amata, Viglacera, NOSCO-VINALINES Ship Repair JSC, Xuan Truong Hai Transportation and Trading JSC, Haiphong Auto Repair Co., Ltd., and more. For the period 2020-2025, the province is looking to further develop existing IZs and EZs, improving their advantages and competitiveness to attract qualified investors such as DEEP C to build IP infrastructure, as well as to entice qualified secondary investors with high-tech capabilities.

In recent times, Quang Ninh has attracted a number of sizable and experienced investors in several fields, including Rent-A-Port, TCL, Foxconn, Texhong, Amata, and Thanh Cong, among others. These projects all use international consulting, modern equipment and production technology, and advanced management models for the production of eco-friendly products and services, minimizing environmental impact.

Recently Vietnam’s conglomerate Vingroup also announced a plan to invest in an industrial production complex south of Luc Lam River at Mong Cai border gate EZ, with a capital scale of more than VND3.4 trillion ($147.8 million) in order to manufacture spare parts and accessories for cars and other motor vehicles. According to the Quang Ninh EZ Authority’s analytics, the province is currently home to 11 IZs which were included in the development plan to 2020, at a total area of over 11,740ha. The majority of those IZs have attracted secondary investors, with occupancy rate at over 60 per cent.

The efforts to tackle traffic infrastructure bottlenecks through a series of key projects like the expressway connecting Haiphong, Halong, Van Don, Tien Yen, and Mong Cai, or Van Don international airport, have made trade activities more convenient than ever. This has entailed more capital flow of domestic and overseas investors to Quang Ninh, and IZ infrastructure developers like DEEP C are eager and striving to become well-prepared to avail of this great opportunity.

An investment promotion seminar held by Quang Ninh People’s Committee with the theme “Quang Ninh – the next investment location” will take place on August 28th and 29th in Ha Long city. The seminar seeks to promote investment links between Quang Ninh and South Korean enterprises, showcase an overview to the province as well as open up opportunities for partnerships.