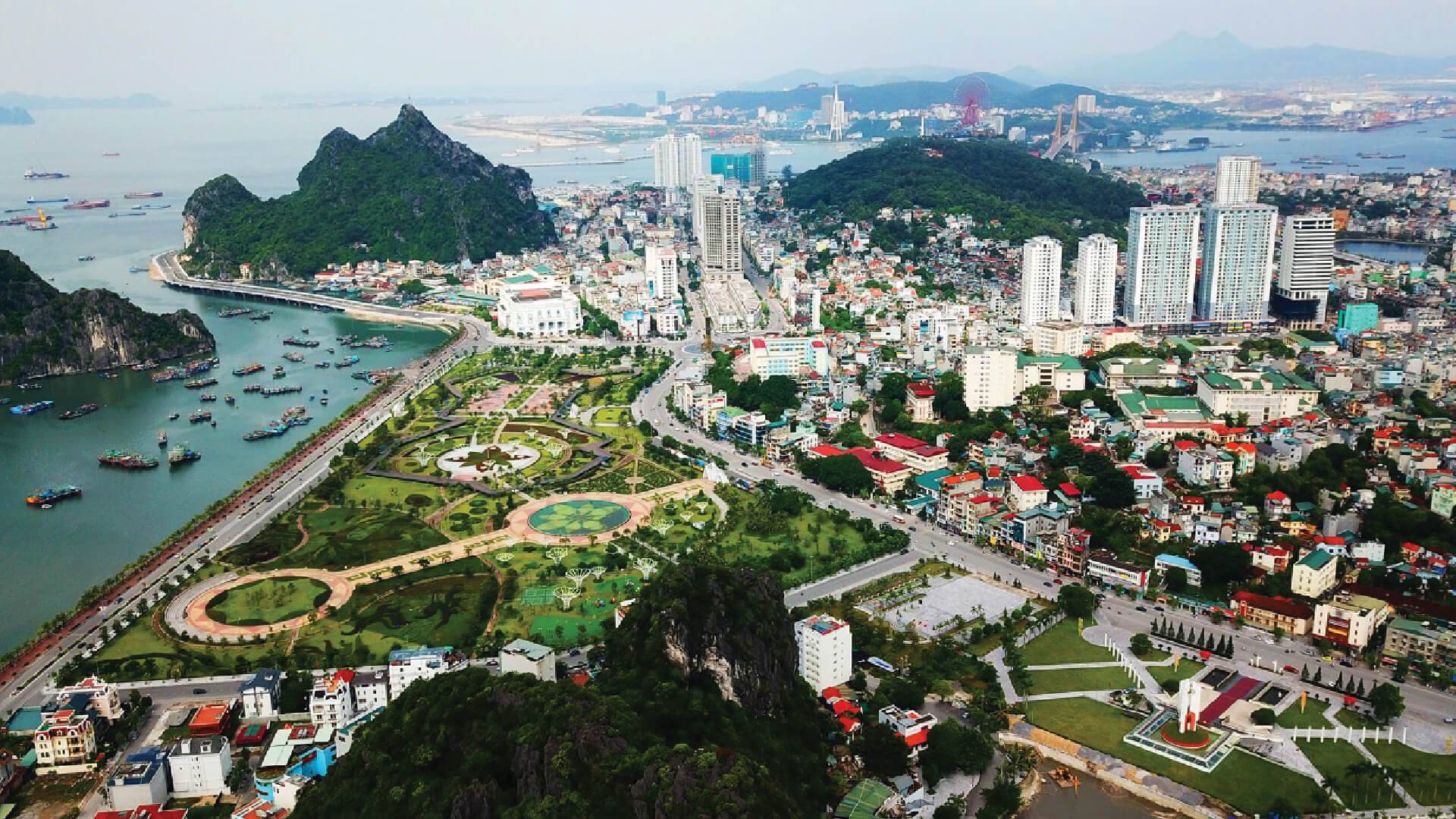 Located in the southwest of Quang Ninh and on the border with Haiphong, the zone covers a total area of 13,303ha built on two functional sub-zones including a nearly 6,900ha subzone for seaport services and an industrial zone named Dam Nha Mac, and over 6,400 ha for an urban area and high-tech sub-zone.

Quang Yen has three development goals, the first of which is to enhance economic, trade, and service connections with other coastal economic zones such as Van Don, Dinh Vu – Cat Hai (Haiphong), and Thai Binh, and develop socio-economic links between economic zones and neighborhoods. Investment attraction to Quang Yen must work hand in hand with national defense and security, and the preservation and promotion of marine ecosystems and historical and cultural relics in the zone.

Secondly, the ambition is to develop Quang Yen into a center of industry, services, logistics, and a modern urban area for Quang Ninh and the Hong (Red) River Delta through the synchronization of technical and social infrastructure, the development of hi-tech, environment-friendly industries and a research and development center.

These two goals must be achieved together with improvements to the workforce with increased incomes and employment opportunities.

The decision will enter into force from November 15, 2020, after which the Economic Zone Tax Package will be automatically activated for every new project in Quang Yên regardless of investment size and the number of employees. This is a game-changer for enhancing the investment climate of the Quang Yên Economic Zone and Quang Ninh Province as it lures more capital flow from overseas and domestic investors.

Before the establishment of the Quang Yen Economic Zone, many investors already saw its huge potential and had elaborated on a long-term business plan to reap the benefits, including DEEP C Industrial Zones, an industrial zone developer backed by Belgian group Rent-A-Port.

“Connectivity and tax incentives are crucial criteria that investors take into consideration in their search for an investment destination. Quang Yen Economic Zone, with improved regional and global linkages through a series of megaprojects and preferential tax incentives soon to be applied, satisfies both requirements,” said Bruno Jaspaert, general director of DEEP C Industrial Zones.

“Quang Yen is well-positioned for us to go beyond the industrial zone concept and build a seamless industrial zone ecosystem connected to seaports,” Jaspaert said, adding that the future investment plan for DEEP C was in sync with the development goals of the Dam Nha Mac sub-zone as an industrial zone, seaport, and associated services complex.

“Besides, a 150,000-square-metre ready-built factory space in DEEP C Quang Ninh is scheduled to be built and put into operation next year,” he added.

With the new change, the Quang Yen Economic Zone now has on offer all the factors that are of prime concern in investment decisions: tax incentives, accessibility, governmental support. To further enhance the investment climate and prepare the infrastructure for businesses to manufacture in a fast manner, Quang Ninh Province is calling for more experienced developers like DEEP C to raise the standard of industrial infrastructure. These will play an important role in developing growing Quang Yen into a high-tech and eco-friendly economic zone that contributes to the regional development of the Ha Noi – Haiphong – Quang Ninh economic triangle.